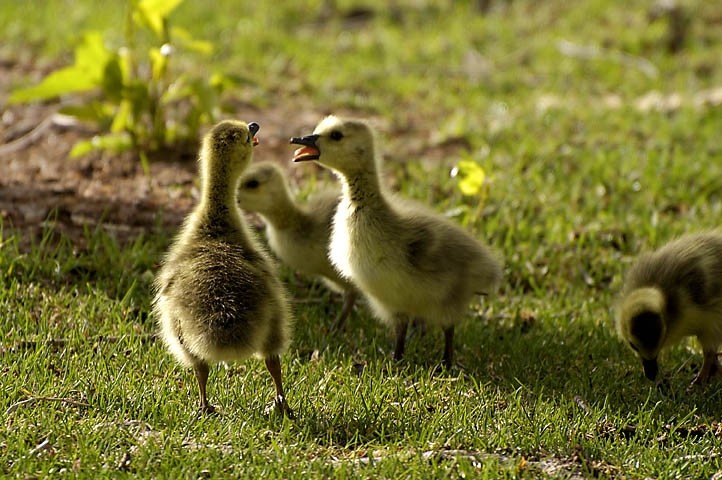 Previous Next
← previous day next day →

Posted by Monte Stevens (Fort Collins, United States) on 12 May 2008 in Animal & Insect.

While I was gone the past 4 days the geese had the little ones. There are three pairs with little ones; a group of 3, a group of 4 and a group 7. They seem to be comfortable with people around as I took this photo standing at my front porch. I liked the early moringin light on them as they grazed and took a few images. Well not all of them grazed. It seemed that there was a bit of sibling rivalry going on here and I was able to capture the moment at it's peak. Three frames per second worked this time.

My WordPress blog can be found here here.
More images and galleries can be found at pbase.
Prints can be purchased at Fine Art America.

This is absolutely adorable. Cute words you put with it:-)

Very cute. Awesome capture and title! I wish my kids were that cute when they argue! :)
You have a beautiful photoblog!

@Sandrine: Thanks for you kind words!